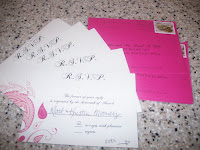 One of the most FABULOUS things is getting the response cards back from the wedding. I went back and forth between being more modern and using the voice mail machine or doing the traditional paper...I am SO GLAD I did the paper. Every day I run home to open the cards. It's also so neat when people write little notes. Who ever knew to do that? I feel so bad I never did, but I will from now on!
Posted by Blissfully Burton at 1/27/2010 0 comments

Email ThisBlogThis!Share to TwitterShare to FacebookShare to Pinterest
Labels: Wedding 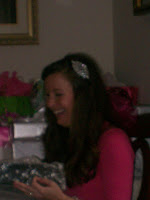 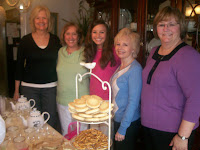 I have been so blessed to have already had 2 showers. Last Saturday, my mom's church friends hosted a shower for me. It was so fun to see all the women I've grown up around attend the shower and even neater to receive 'marriage tips' from them. It had wonderful pink and green decorations, yummy food, and very thoughtful gifts! :)
Posted by Blissfully Burton at 1/27/2010 0 comments

Email ThisBlogThis!Share to TwitterShare to FacebookShare to Pinterest
Labels: Showers 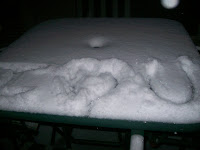 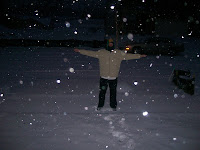 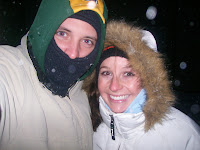 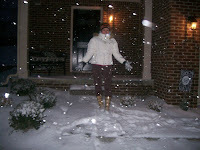 I love snow. I know people in Kentucky always wish they could go live somewhere warmer...but not me! I love that I get all 4 seasons in the state I live in! I also LOVE snow days. I remember when I was younger, my teachers acted like they hated snow days. You know what? They were lying! I tell my kids to wear they pj's inside out and do the snow dance!
Well...it worked this time! We got snow...and a lot for Lexington! AND 2 snow days off work! :)
Posted by Blissfully Burton at 1/08/2010 0 comments

Email ThisBlogThis!Share to TwitterShare to FacebookShare to Pinterest
Labels: snow 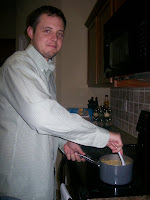 I love all the things Brian can do. I'm even learning things (as I think he is too) about him becoming a handyman around the house. But one thing Brian has never learned to do is cook. Oh he can grill, and I appreciate that very much...but when it comes to cooking, he can't.
Really, I am just starting to learn, too. Our first summer together my mom bought me a cookbook and I started to learn how to read directions and follow simple steps. I know, right? Those of you who remember me from those early post-college days would laugh. I remember sitting in Bridal Creek apts wondering why my tacos were so oily... I had forgotten to empty out the hamburger grease. Gross, I know. But, after much practice, I've come to enjoy it and almost need that sense of calmness after a long day at work. So, therefore, I usually cook around 3-4 times a week for us.

Well today I had the Sunday night blues. I didn't feel like getting off the couch but I was hungry. After much pleading, Brian said he'd try to make us something. He found Velvetta Shells and Cheese in the pantry (thanks Allison and Yancey!). Below is the conversation that happened next:
Brian: So...what kind of pan do I use?
Brian: When it says 6 cups of water, how am I supposed to know how much that is?
(yes, I showed him what measuring cups were and where we keep them...)
Brian: There is no boiling knob, how do I know what that is?
Meanwhile, in between answering the questions I ran upstairs to pack up for the week to stay at Mom and Dad's when I heard... "MEEEEEEEEEEEEEEEGGGGGGGG!!!!!!!!!!" I ran down the stairs-
Brian: I mean, it just spilled. The water kept getting higher and it just bubbled over! Is it going to stain the stove?
As you can imagine, he was so upset by this. Does he really think I don't let that happen at least once a week! Ha! Poor thing. But it doesn't stop there...questions of how to get the water out from the noodles followed, but I have to tell you all--the mac and cheese was delicious! AND the best part about it is...Brian is even more appreciative of my cooking than before.

2 Things I Learned:
1. I'd rather cook any day and have him clean up the kitchen (I hate it, and only do clean up at other people's houses, when feeling pressured, or needing to feel nice!)
2. Brian can make a mean mac and cheese in case I'm not around :)
Posted by Blissfully Burton at 1/03/2010 0 comments

Email ThisBlogThis!Share to TwitterShare to FacebookShare to Pinterest
Labels: Marriage

When I think about resolutions, I usually only make very goal-oriented ones that I know I basically have to keep. You know, like pay my car payments on time {YES!}, (now) pay my mortage on time {YES!}, etc. This year I am really going to try and challenge myself with some real resolutions I have to keep.
Going to the gym at least twice a week, stopped after {ok, probably before} the wedding
get married (yay!!), DID it! Best day ever!
stop worrying so much (those of you who are close to me know this one will be hard to keep!), Hmm, this is day by day. Some days I did, some days I didn't...
and find a place where Brian and I can volunteer or make a difference often. Whoops! I think this is on this year's list! Didn't make the goal :(

On the last one, we've been trying to find somewhere we can fit but it hasn't come yet. Our minister encouraged us (as well as the book we're doing - Love & Respect) to find more activities and volunteer opportunities we can do together now that we're going to be a family. I can't wait.
What are your new year resolutions? 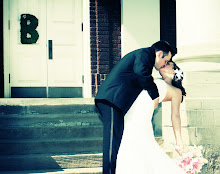 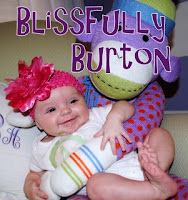 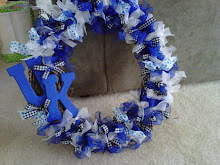 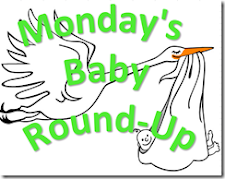 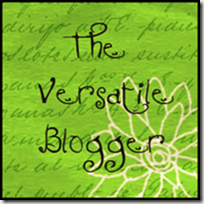 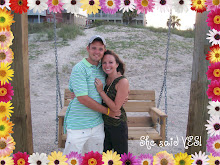